After many years now of this trolling pathetic faceless moron annoying me, he went too far. I have put up with quite a ot from this absolute faceless dickhead and no one can ever say they have met him so he is faceless. He has recently tried to upset another member of this forum too. He has upset quite a lot of other people and businesses in Tenerife including Tenerife sunshine.
Well he is an obvious stalker as someone sent me his facebook page with a charature of a sausge with a ponytail and glasses sat on a deck chair.
As some know he sent 27 1 star rating s to my facebook page review, which is symptomatic in previous attacks to others, before that we only had 1 non 5 star rating which was also him. These were people from numerous countries who he had set u some saying that they had to wait ages for us to cook and that we added too much salt when cooking, one saying they had to wait a long time and when they got their meal it was horrible and they asked to change it and we were rude and refused, strange that as we only sell raw meat.
I am now in talks with both the Spanish and Sussex Police over this andhave also contacted my legal team from the business insurers who will set up a libel case against him, as will Citizens advice in the Uk help. The libel case will also extend to all the one star ratings, of which I am sure many are him as a fake profile but some will be just people who have stupidly done as he as asked of them, agin not knowing that e will just deny he knows them.
So if anyone does see anything at all that Mr Sarkis posts about me that is in anyway slanderous please could you pm it to me. I will pass all on to my insurers and Sussex Police who I am sure will pay him a visit in time. They went in to his facebook accounts yesterday, so they already will have some evidence plus I have kept things since he called me a Paedo in public networks. Thanks all and I will not drah anyone in to this but if for any reason you do see and want to back me with vital evidence against him please do.

Nah nowt to be sorry about and thanks, more 5 star reviews and eventually all the 1 star will be removed, he has just rattled my cage to make sure he is now prosecuted and will be. Thanks though guys.

He once called me shit for brains

I could have been offended but he's right

Well i am not going to get in to how good or bad he is as now for courts to decide but he is faceless as no one has seen him. Well actually there is one picture that someone says they think is him from 2 years ago, not sure though. No one knws either why he left Tenerife and hates anyone making a success here, but that will come out, Vanman springs to mind, I do not mean he has the same criminal way, but springs to mind in that all will be revealed.

Let me know if there is anything more I can do Kev. 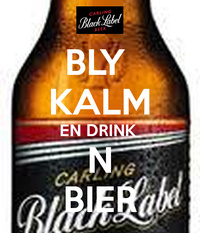 FOR LEGAL REASONS i NEED TO KNOW MORE ABOUT YOU, PLEASE PM AS ASKED IN PREVIOUS POST
Boerseun

How do i pm you sorry only joined today
angusjim 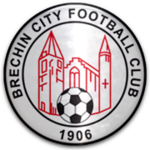 TD people like this FUD completely piss me off spineless / faceless / small minded morons who can ruin peoples lives. I hope he gets his just rewards, I remember him from the good old days on TF a complete arse, but this is taking things to whole new level. Best of luck

Has done same to me and many others. Rumour has it he has been beaten up recently, how true I know not. PM JUST GO TO NEW MESSAGE LINK
Boerseun

I received your message and replied - as I said I can´t help you in any way as I don´t know anything about Peter Sarkis or what he is up to these days.
Boerseun

No problem thank you i did mesage Topdog
3rdforum

Don't know what that is either

Sarkis = probably a Somali.
FUD = Foreign Undesirable Dickhead.
Or maybe.......
FUD = The noise one of those roadside bombs makes as it goes off as you pass by. Except you wont even hear the FUD bit.