Get your tits out..

Hang around with no gooders...

Have a shit laugh...

Have one line in soap...

[You must be registered and logged in to see this link.]
3rdforum

Take it you don't like Tony McCoy then minty??

Is a "Dame" the equivalent of a "Knighthood"? 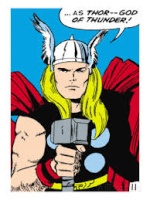 its 2016 and you are still all licking the crown ...why dont you moan about why this lot got a nitehood
Henry Campbell BELLINGHAM Member of Parliament for North West
Norfolk. For political and parliamentary
service.