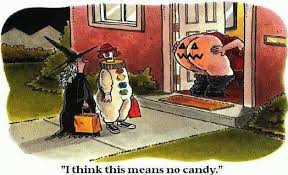 Shall I add the pumpkins? Tell me if it slows down your laptop...

It is fabulous, Cam you are a very clever guy we are so luck to have you.
Perfectspecimen

Nope, just checked. We dont appear to have any children registered on here. And no yanks either. What are we getting for Thanksgiving, turkeys gobbling? And dont forget that Superbowl, cheer leaders please.

Perfectspecimen wrote:Nope, just checked. We dont appear to have any children registered on here. And no yanks either. What are we getting for Thanksgiving, turkeys gobbling? And dont forget that Superbowl, cheer leaders please.

I went "guising" in the 50s Vince, it's not exclusively American...
...The tradition of going from door to door receiving food already existed in Great Britain and Ireland in the form of "souling", where children and poor people would sing and say prayers for the dead in return for cakes.[1]
Guising—children disguised in costumes going from door to door for food
and coins—also predates trick or treat, and is recorded in Scotland
at Halloween in 1895, where masqueraders in disguise carrying lanterns
made out of scooped out turnips, visit homes to be rewarded with cakes,
fruit and money.[2]
While going from door to door in disguise has remained popular among
Scots and Irish, the North American custom of saying "trick or treat"
has recently become common. The activity is prevalent in the United States, Canada, United Kingdom, Republic of Ireland, Puerto Rico, and northwestern and central Mexico. In the latter, this practice is called calaverita (Spanish for "little skull"), and instead of "trick or treat", the children ask ¿me da mi calaverita? ("can you give me my little skull?"); where a calaverita is a small skull made of sugar or chocolate."... From Wikipaedia.

This should be good

It'll be off on Thursday V, it's only for a few days.

Mince is off THURSDAY.
Campbell Brodie

Well if he just pretends there's something wrong with his eyes for a few days...

20/20 vision I have, except for close up. Now all the pumpkins have gone the fields dont look orange anymore. What else is orange and black? Oh yes, dont like that either. Could have had rows of Romanesc my favourite veg growing.

Haha! Pumpkins are only on the "Index" page. Ghosts are on all pages.

Romanesc? Had to look that up, never had it before. Does it just taste like normal brocolli?

what a fab pumpkin
alishass2040 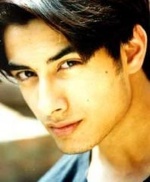 Hi Ali, how you doing?