Paddy had been drinking at his local Dublin pub all day and most of the night celebrating St Patrick"s Day.Mick, the bartender says, "You"ll not be drinking any more tonight Paddy."Paddy replies, "Ok Mick, I"ll be on my way then." Paddy spins around on his stool and steps off. He falls flat on his face. "Shit" he says and pulls himself up by the stool and dusts himself off.He takes a step towards the door and falls flat on his face, "Shit!"He looks to the doorway and thinks to himself that if he can just get to the door and some fresh air he"ll be fine.He belly crawls to the door and shimmies up to the door frame. He sticks his head outside and takes a deep breath of fresh air, feels much better and takes a step out onto the sidewalk and falls flat on his face."Bi"Jesus... I"m fockin" focked," he says.He can see his house just a few doors down, and crawls to the door, hauls himself up the door frame, opens the door and shimmies inside. He takes a look up the stairs and says "No fockin" way", but he crawls up the stairs to his bedroom door and says "I can make it to the bed."He takes a step into the room and falls flat on his face. He says "Fock it" and falls into bed.The next morning, his wife, Jess, comes into the room carrying a cup of coffee and says, "Get up Paddy. Did you have a bit to drink last night?". Paddy says, "I did Jess. I was fockin" pissed. But how"d you know?""Mick phoned... You left your wheelchair at the pub!"
Campbell Brodie 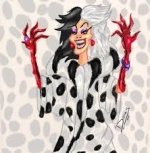 The old ones are always the best

Reminded me of an event some years back, normal Saturday mates would meet for afternoon drink in one of our watering holes in town, then in the evening we would all meet up again but this time with wife’s/girlfriends in tow, one particular Saturday it was a beautiful afternoon so the decision was made to move from the pub to the park (with carry out) to view local talent there, as the day went on and the beer ran out the group started to break up with arrangements in place as to where we were meeting up later. The evening came and we all met in pub as arranged, well all except Joe and Susan, this was in the days before mobile phones were common place so we had no way of contacting them. The next week when we were all in company again Sue gave her interpretation of the previous Saturdays events, she explains she was sitting waiting for Joe to return home from afternoon session, kids ready for bed and her sister round to babysit looking forward to her night out, getting impatient she looks out the window only to see Joe crawling up the road on all fours, she calls her kids to the window and explains to them in a rage about the evils of drink sighting their drunk father as an example, Joe in her mind when he reached their door was even so drunk he could not put the key in it to let himself in, so she let him lie there for hours ignoring his pleas for help... Joe then gives his explanation of events, he had fell asleep in the park, when he came to leave he found himself locked in, still having a bit of drink in him he made a bit of a mess of climbing over the park gate falling in the process, the bus stop was right at the park gate so he had no distance to go to get the bus home. When he got off the bus he had a short walk to his house, as he made to cover the short distance he found it impossible to do so due to the increasing pain in his leg which eventually lead to him having to crawl home, once at the door he found it impossible to stand up to put the key in the door, eventually Sue let him in but she was in no mood to listen to his excuses and basically went off at him about the drunken state he was in... Next day when he attended hospital due to the pain he was still in, his leg was found to be broken... As said before on this forum, women just don’t listen..........

Jeez, hope he got some tlc after that.