Quickie in the Bushes:

There are two statues in a park; One of a nude man and one of a nude woman.
They had been facing each other across a pathway for a hundred years, when one day an angel comes down from the sky and, with a single gesture, brings the two to life!!!!!!!!

...
The angel tells them, 'As a reward for being so patient through a hundred blazing summers and dismal winters, you have been given life for thirty minutes to do what you've wished to do the most.'

He looks at her, she looks at him, and they go running behind the shrubbery. The angel waits patiently as the bushes rustle and giggling ensues.

After fifteen minutes, the two return, out of breath and laughing. The angel tells them, 'Um, you have fifteen minutes left, would you care to do it again?'

She eagerly replies, 'Oh, yes, let's! But let's change positions ....
This time, I'll hold the pigeon down and you shit on its head!'

Well I thought they need the toilet which they did

Me I thought give her a good seeing too and the park could have had loads of little statues.
Cruella de Vil

Oh, yeah...look at that skirting board behind him!

Eeish he is taller than I thought

Built up shoes innit, I tripped over him when he had his flop flips on,
Mcqueen

Is that a pork pie the Virgin Mary is holding,, Well she is good at varnishing over what really went on in that stable

Joseph has a condom in his hand, he gets his todger out and she belts it.
Adam Mint

Eejit gets pissed one night (lets call him Joe), wakes up next morning with this hooker (we’ll call her Mary), Mary discovers she’s pregnant, Joe knows is feck all to do with him as he was so pissed he couldn’t even use it to piss with, anyway Mary throws him this line about an immaculate conception, twat buys it and the rests history, boy have we paid for that fu#k up.....................
Mcqueen

That sounds like a true story to me, And the 3 kings arrived with - aww feck off,
Topdog 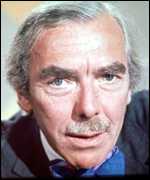