We're heading away for the weekend to Connemara, the largest part of Ireland where Irish is still the main language. Will take some photos if the weather is good. The scenery there is stunning ( very like Scotland's west coast). We got a 2 bed apartment in a very good hotel for ourselves & 3 kids, 2 breakfasts and one evening meal for 215 euro. This time of year , it shouldn't have too many tourists so it will be a real "get away from it all" which I feckin need badly.

(Must learn how to post those google maps photos)

Sounds nice, so yes learn how to post Google maps and make sure you take your camera.

Have a lovely time

Sounds a bargain to me Dermo! Hope the weather's OK.

Have a good one D.
Jimandsi 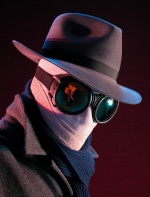 Make sure you take a map and a compass with you D.

I toured the area years ago on a motorbike and it took me ages to get out.

Very few signposts and the ones they did have were pointing in the wrong directions.

PLUS ..... the distance figure on the signposts didn't say whether it was miles or kilometres.

Fantastic holiday, I'll go back one day - on my mobility scooter !

Signposts over here are only suggestions not directions

I had the same problem touring the Ring of Kerry.

Then I cracked it - found the sea and kept it on my left till I got to Tralee.

Only saw your post now Cam. What the feck are you on about?

anyway, we're off to Connemara. Won't be on much over next few days. My mum is going into hospital for tests on Sunday ( she now weights 6 stone) and I'll have my dad staying with us. will check in tomorrow evening if I can.

Only saw your post now Cam. What the feck are you on about?

anyway, we're off to Connemara. Won't be on much over next few days. My mum is going into hospital for tests on Sunday ( she now weights 6 stone) and I'll have my dad staying with us. will check in tomorrow evening if I can.

You said you built a drystone wall round your garden. (Every self respecting Galwayonian has one, you said). I said, show us a piccie then. You said what the feck are you on about...

Have a good break.
Perfectspecimen

Yeh, go Dermot. But beware that Ring Of Kerry, as in Catona. Wouldn't touch it with yours mate!

Perfectspecimen wrote:Yeh, go Dermot. But beware that Ring Of Kerry, as in Catona. Wouldn't touch it with yours mate!

Eric was ok though.
Perfectspecimen

You may think its ok, right.

Just back from break. Had a great time. Will post photos in due course. Have to go. Wont be on much this week. Mum in hospital and got home to the news that my cousin was killed in Australia.

sorry to hear that 3D after yor nice weekend.

omg so sorry to hear this. Make sure you and yours stay safe xx
Topdog

All the best D.
Campbell Brodie

Here are some photos of our trip to Connemara. We stayed in a town called Clifden on Ireland's west coast.

[You must be registered and logged in to see this link.]
The hotel we stayed in was called the Clifden Station House hotel which as the name suggests was the old railway station. The complex had 6 blocks of apartments/rooms, some small shops, an art gallery, a museum restaurants and bars. Actually, they had a pub situated in the old waiting rooms and signal cabin.

CLIFDEN TOWN AND HARBOUR ( Some are my own photos, some I lifted from Google Images)

There were castle ruins everywhere and a couple that were restored

There were beaches seemingly around every turn, with turquoise seas and soft white beaches

This is the spot where Allcock and Browne crashed after making the first successful trans-Atlantic flight ( though how it can be called successful seeing as they crashed is beyond me). It is also the site of the first trans Atlantic radio transmission station. I don't know what the white monument is meant to represent but it is the spot where the plane came down.

This is Kylemore Abbey, once one of the world's most exclusive boarding schools for girls

These photos were taken from the "Sky Road" outside Clifden. I'm assuming its called this because when you drive it, its so steep sometimes that all you can see is sky in front of you.

Finally, a photo of Clifden town. I wish I could explain better but the scenery is so much better than my pathetic camera skills show. There's something wierd about the light in Connemara. Everything is in HD. It must be the lack of pollution ( both light pollution and the normal stuff). Anyway, hope you enjoy

It was actually mild enough ( by our standards ). The coats were more of a protection from the wind rather than the cold. That being said, I wasn't reaching for the bottle of Amber Solaire!