Well I bought a new camera off ebay but its shite, wont focus close up so another fiver bites the dust and you get no new pictures.

The pups are 4 weeks old now and are all walking about. They do play fighting which is fascinating to look at. This afternoon I made them porridge with lots of milk in so that was their first meal. They didnt take much encouragement to partake.

Indeed but I only have three days until I fly out to Tenerife so some other bugger will have to complete the sentence.

By the time I get back they will probably be on the pack of Hero puppy food I got them.

Pupdate...... Took them all down the vets on Friday for their jabs and microchips and health check. They are 9 weeks old now. Vet was a nice young black girl with an American accent. She loved the pups and asked how much but then said she lives in a flat and boyfriend would not hear of it. Hmmm, she needs to swap boyfriends and I will bring a pup with me.

She took photos of all of them one at a time but I have a sneaking suspicion she was slyly taking pics of me.

Must have been the trendy purple braces........
Both the girls, Rosie and Maggie have been sold so I have 4 boys left. I had to give them names for their microchips so here they are...

Daffy. First born and daft as a brush. 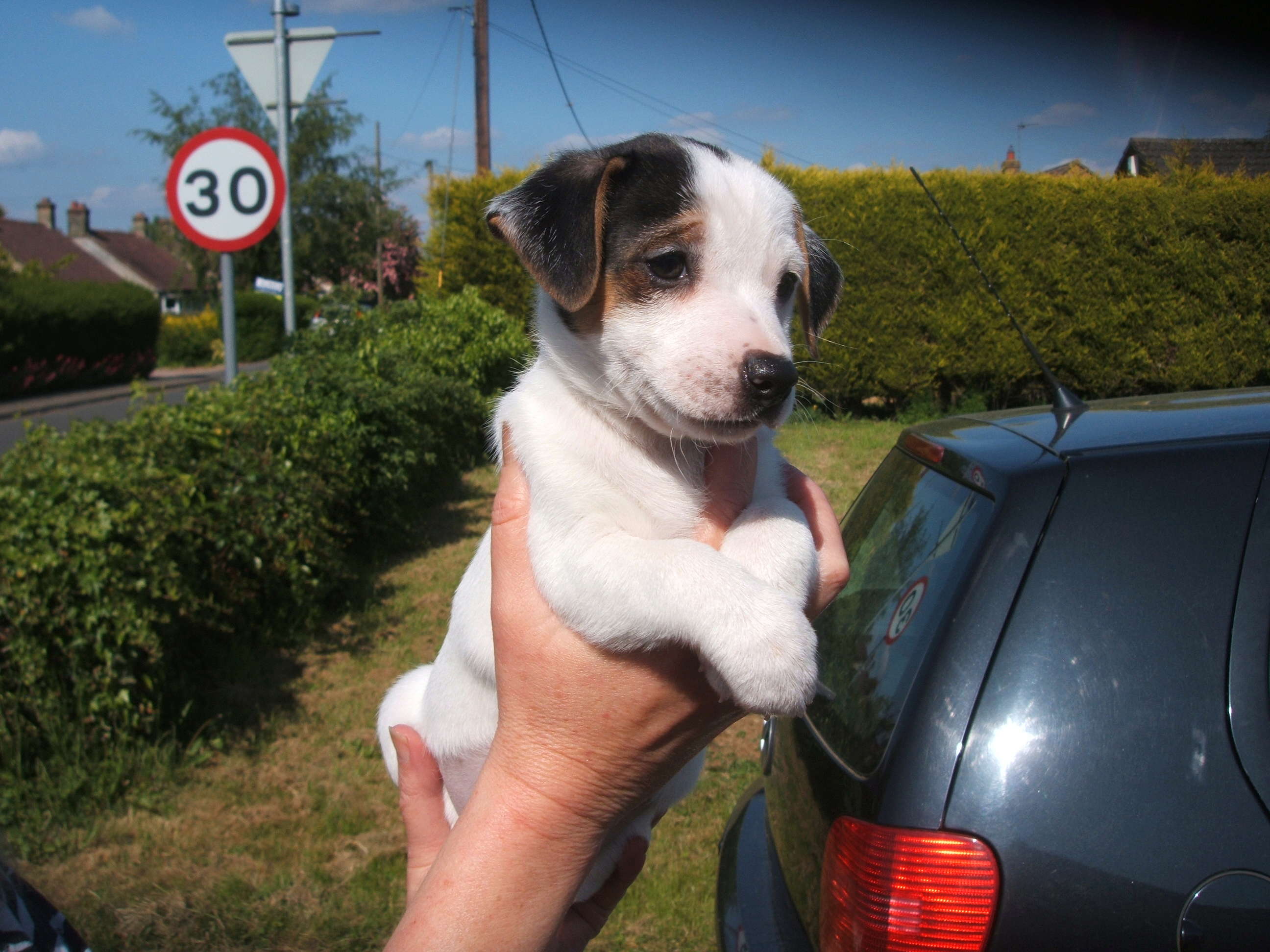 Brian....... Fred named him after the dog on American dad or some such program. Second born and again, daft as a brush. I originally named him Blanquito, means little white man in Spanish but I was out voted. He likes to put his head on one side and give you that quizzical look. Hmmm.... Poser! 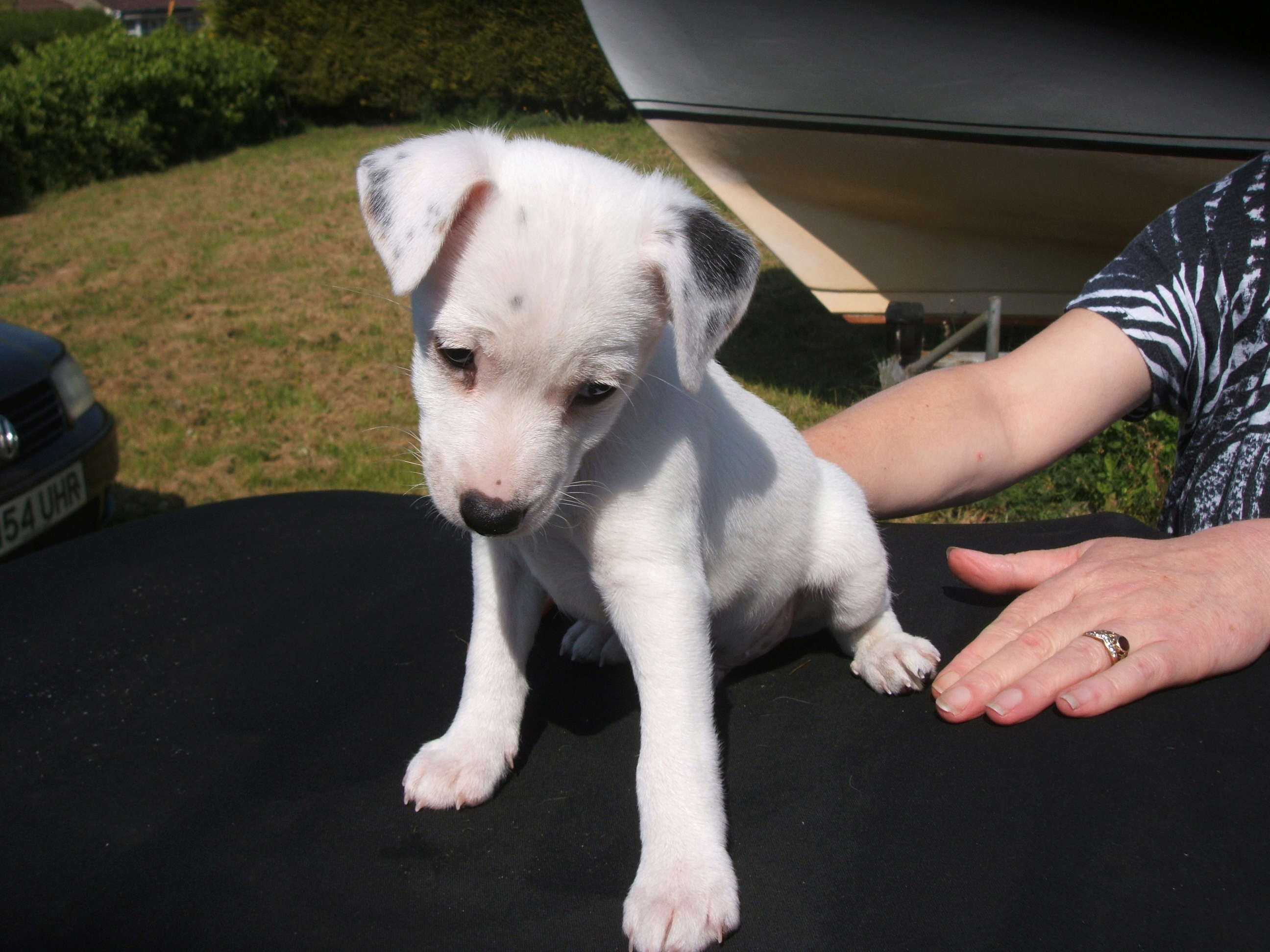 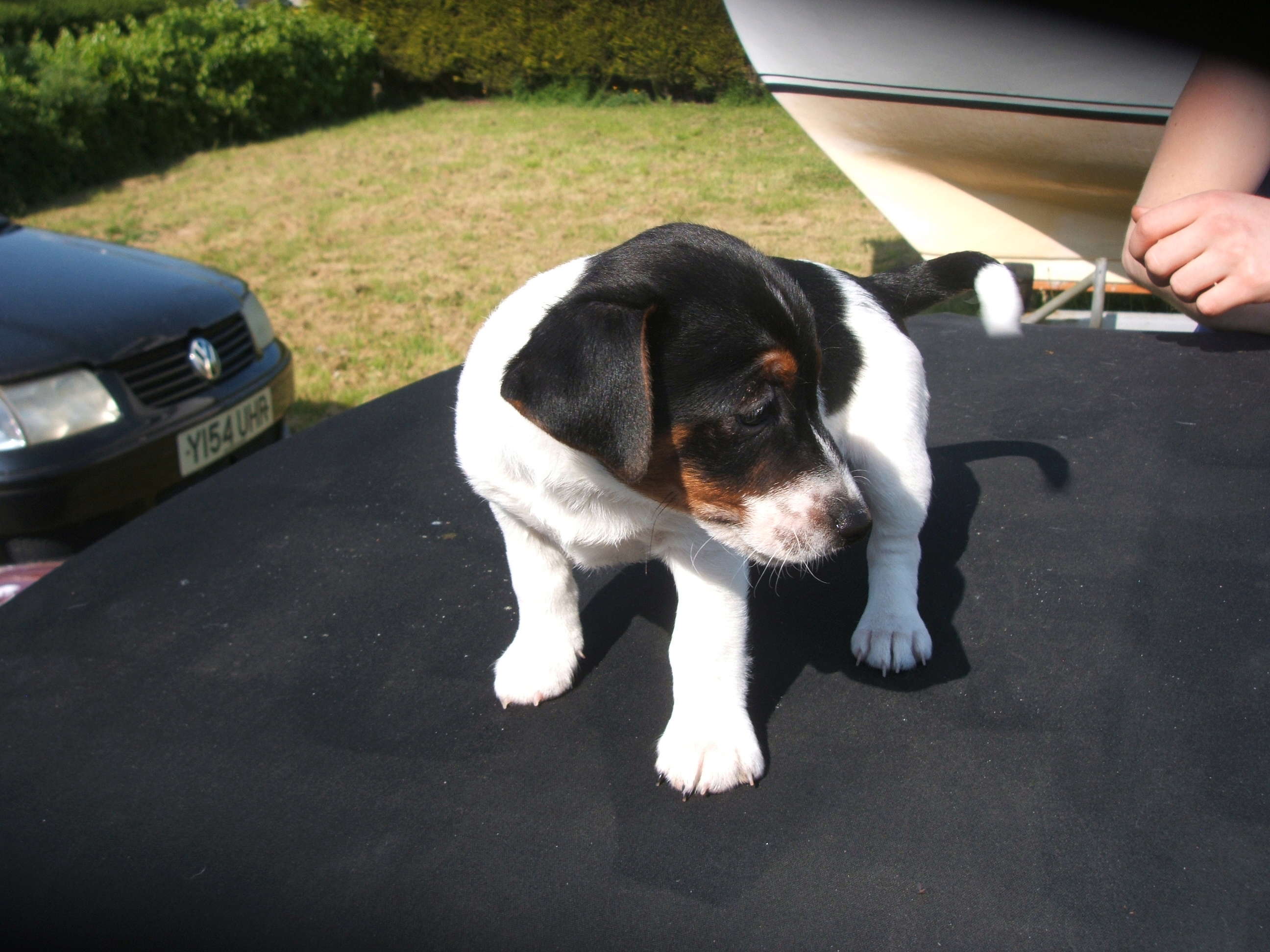 Fourth born is Buster. He's the leader of the pack, first to get his nose into anything new. 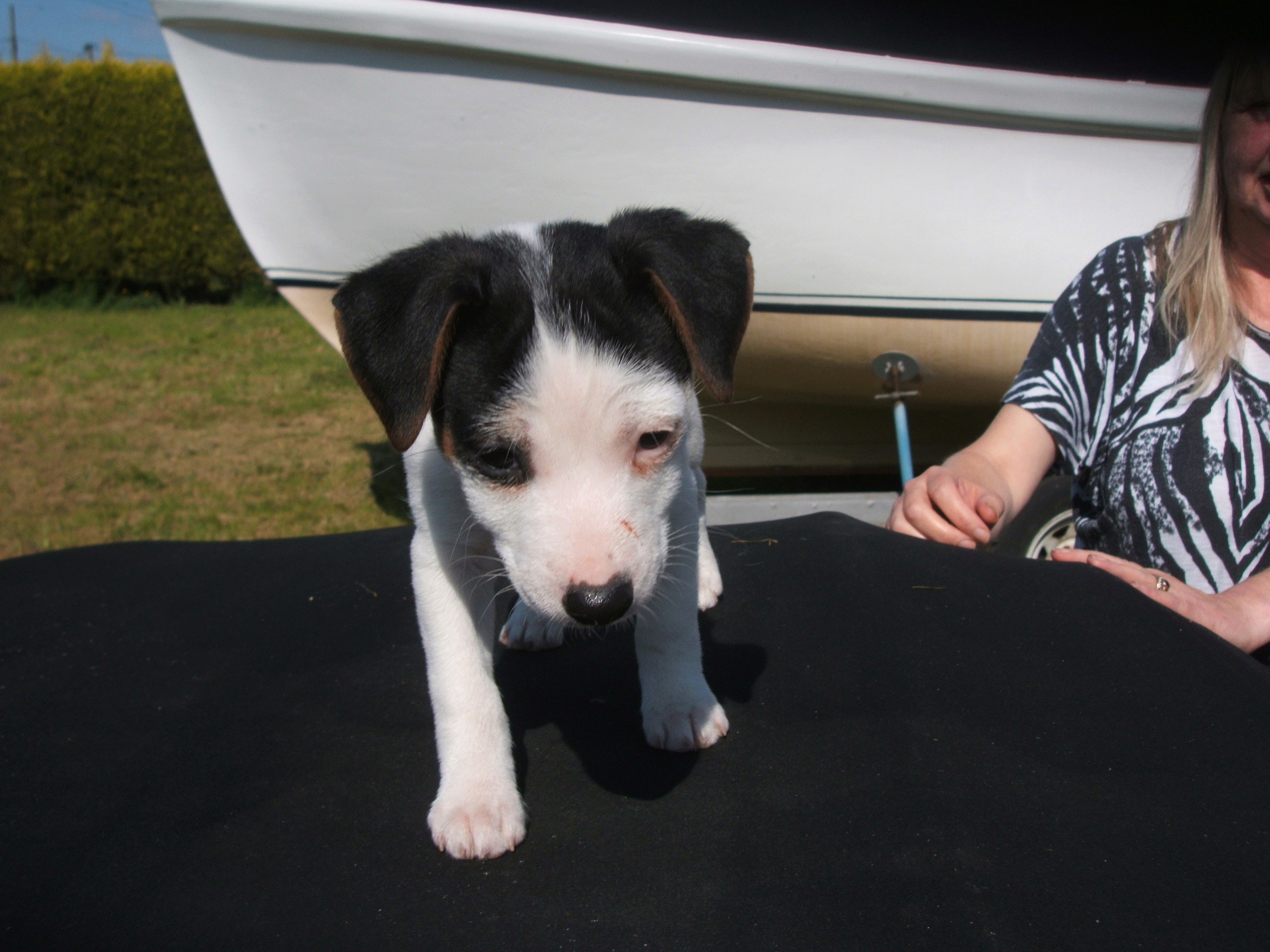 Rosie was next but no sales photos of her as she was sold quick. Bringing up the rear and last born is Maggie.She is noticeably smaller than the others but a fiesty little character. 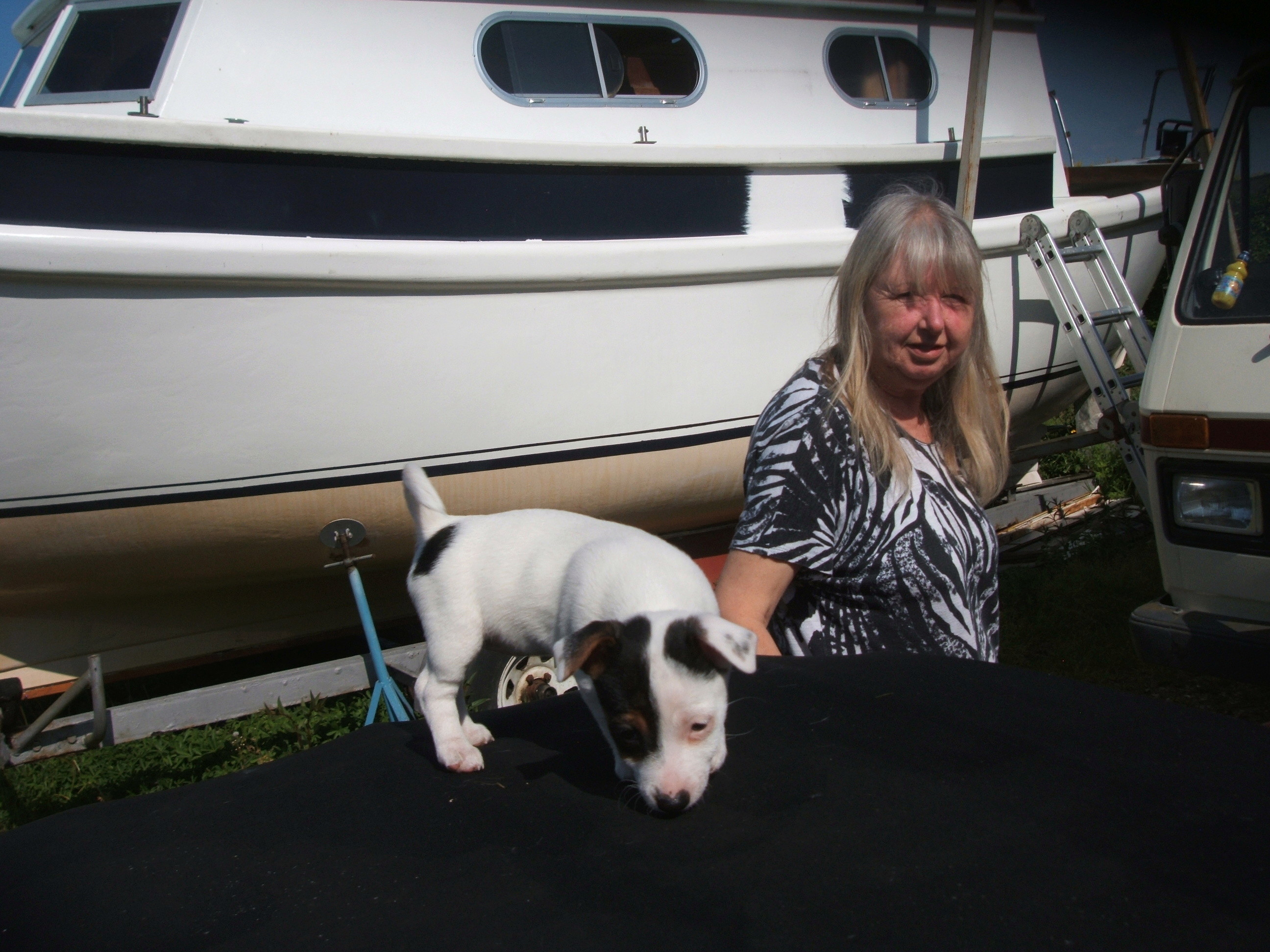 Lastly a pic of them tucking into one of their first meals a couple of weeks back. 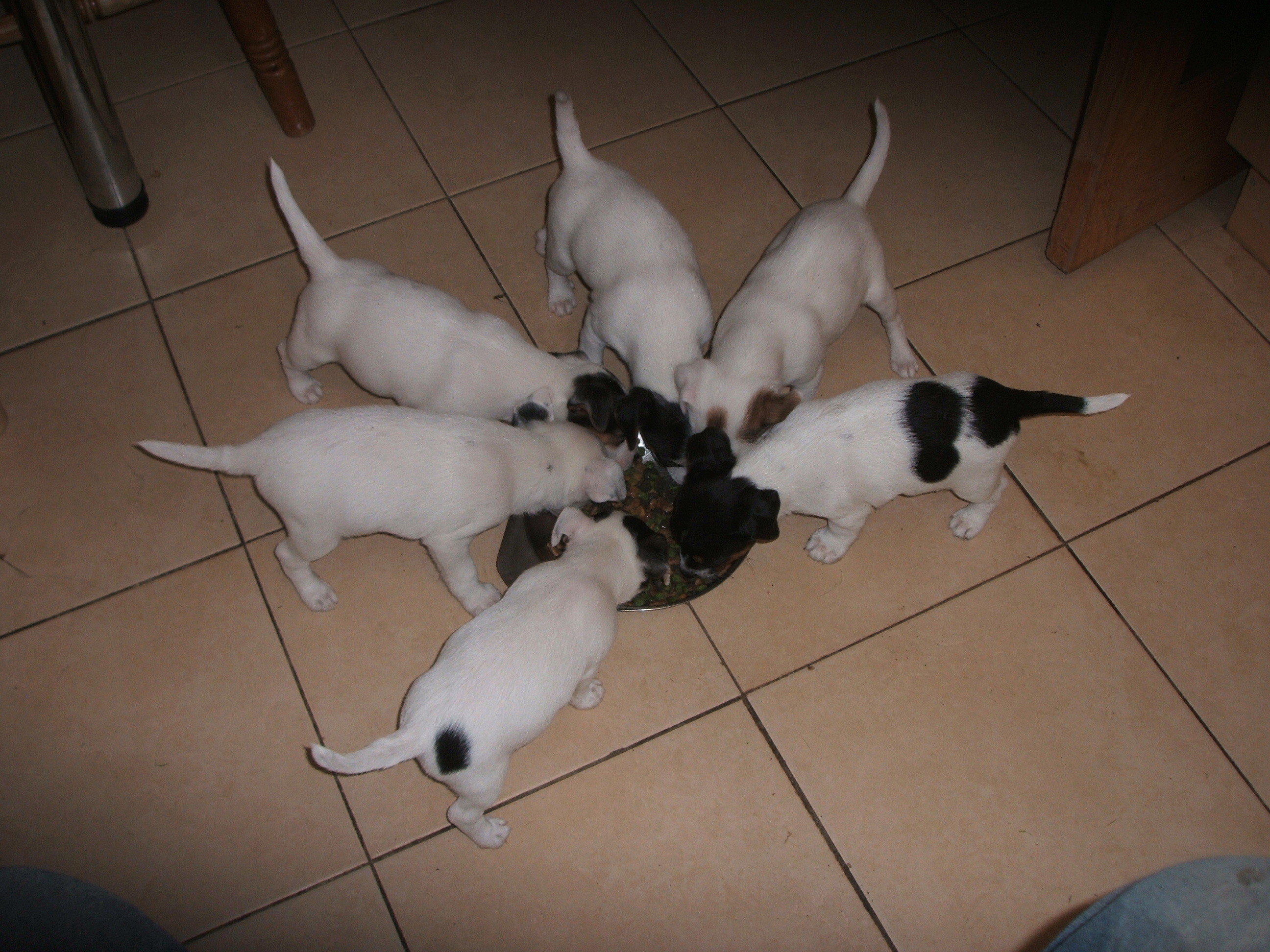 They are gorgeous.  And thanks proud daddy for showing them to us.

OMG how lovely are they, it will be hard to let them go . How’s mam doing x
Perfectspecimen

Pixie has lost most of her fur down both sides of her body. She looks a right mess. Anyway vet says its quite common for nursing mums to go bald. Just as well its warmed up then. Maggie went to a new home on Saturday in Norfolk and Winston has gone to live in Lincolnshire today. Only 3 left now.

Aww it’s horrible when they leave isn’t it , I feel for poor Pixie

You are dead right but I think about the money and it dont hurt so bad.. 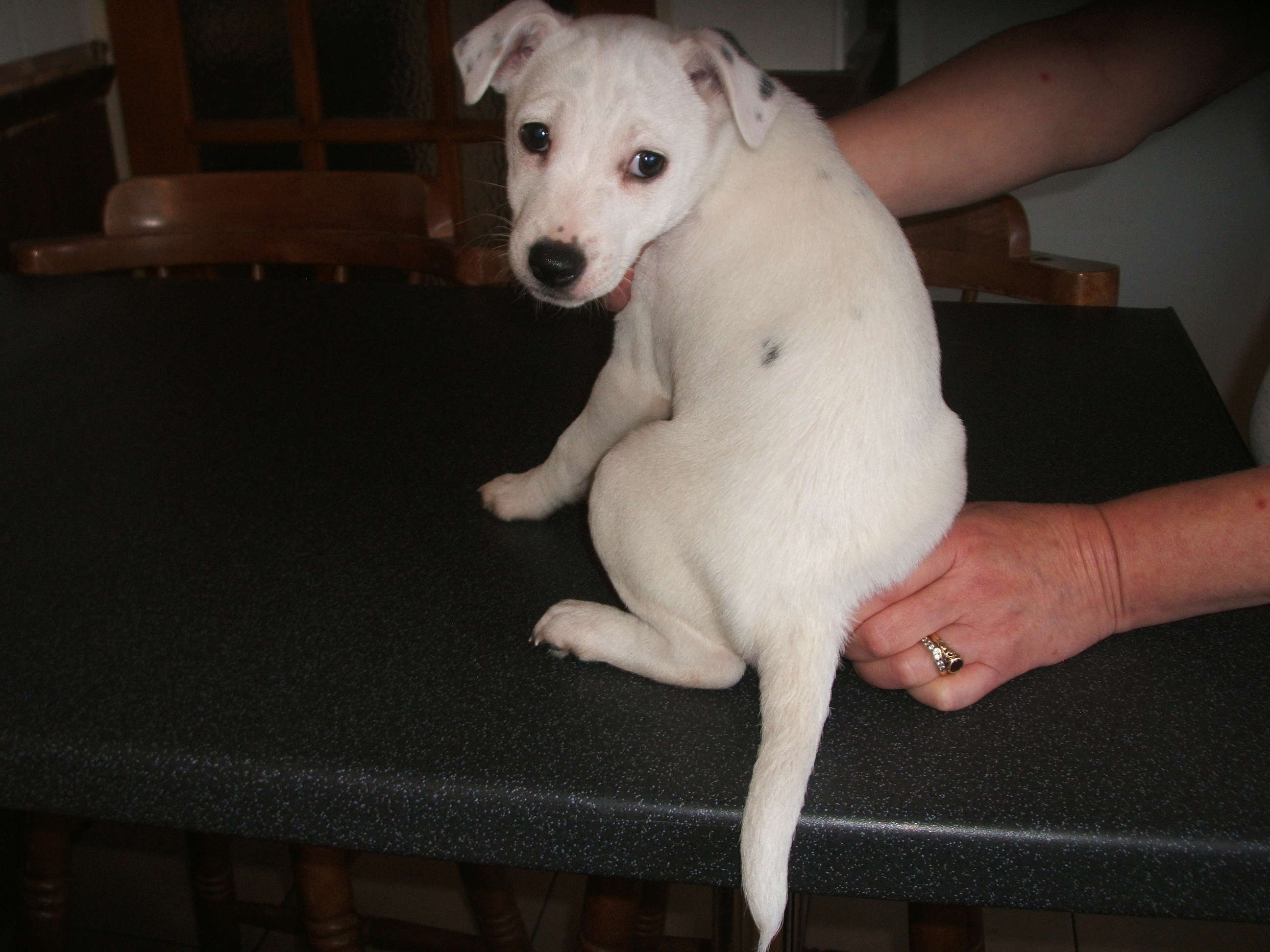 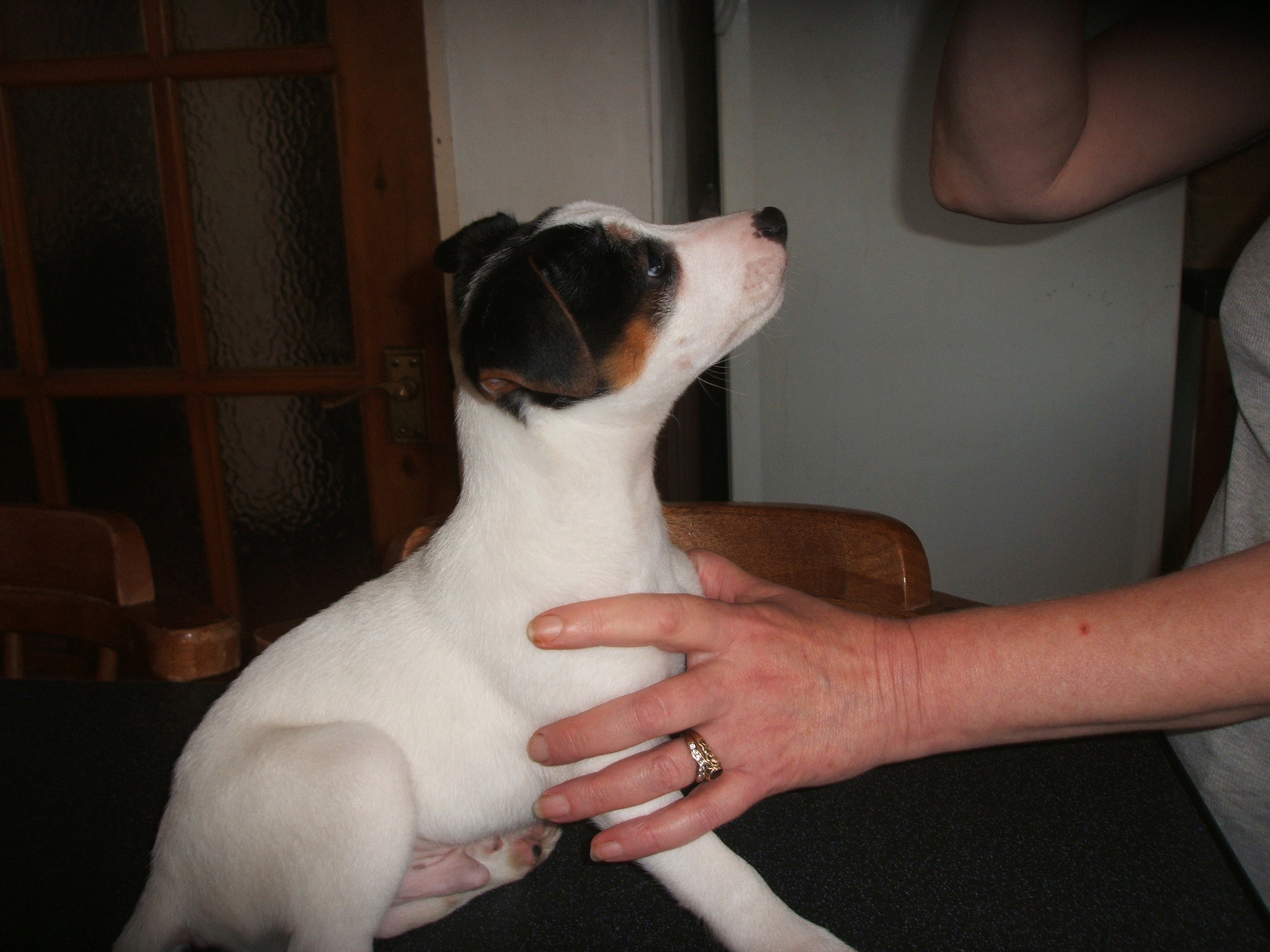 Got someone coming tomorrow interested in Brian, eastern European accent, fairly sure she said what is the bottom price?????????? No I said, they are £300 or I keep them. If the dog lasts 15 years its £20 a year FFS! Total loyalty and love as well.

So looks like Buster might be the last to go, or the one who stays! Hes a bit boistrous, he was the leader of the pack but I have a real soft spot for him. If I walk outside he follows me close, Good Boy! 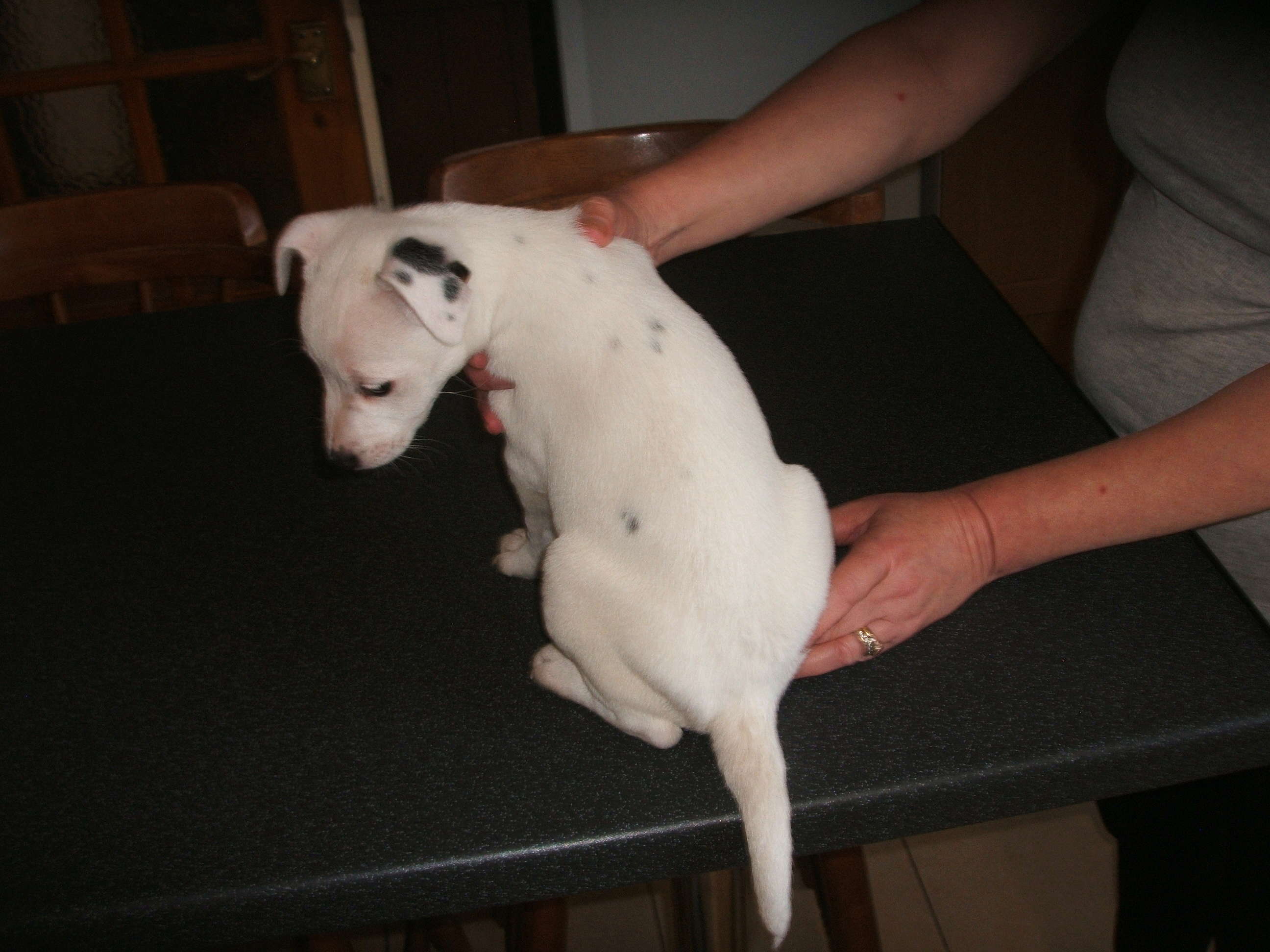 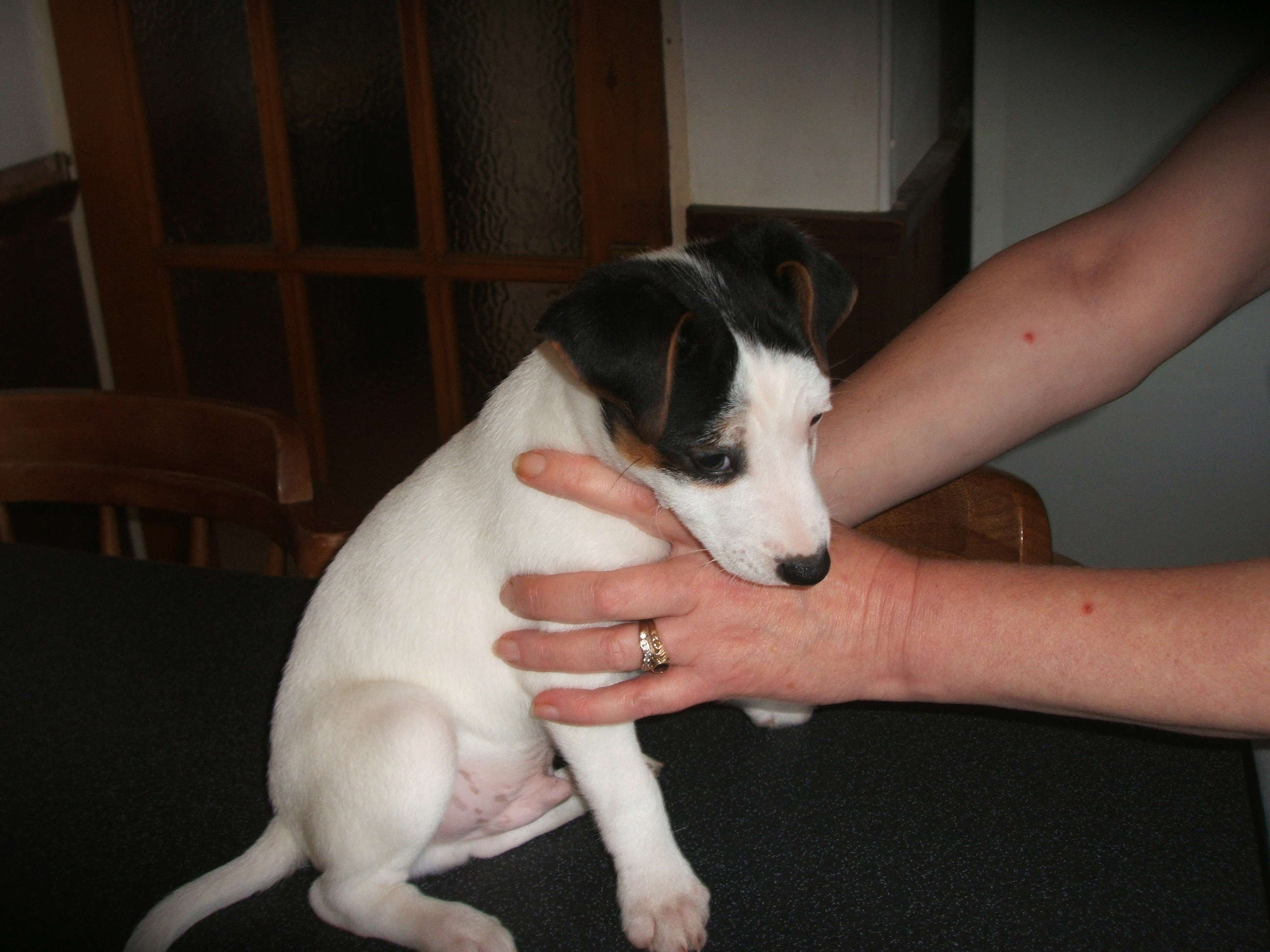 Yep I agree Buster wants to stay with you , they have their own way of telling you x
Perfectspecimen

Brian went last week for a new home in Essex. Buster is still here and I bought him a collar so he can go walkies. If he stays he will be having his bits off!

He won’t mind as the saying goes what you don’t have you don’t miss . x
Perfectspecimen

Well today the last pup Buster went so my life is empty! If it happens again I will deffo be keeping my favourite one. Its all your fault Cam cos you said they wouldnt get sold.

Buy one and get 3 free
I think was the comment.

I always get the blame...it's that McQueen getting me into bother again!

Aww I thought you would of kept him x
Sponsored content