Aww lovely bless them, I loved it when Mallow had pups 3 litters of 8 she had. I lost one in every litter she herself was one of two but I lost her brother. Love the little fat one that guzzles all the milk there's always one in a litter lol x
Adam Mint

Feck me that explanations more complicated than Peyton Place...
Perfectspecimen

Got some pics from Freds phone which are a bit better.
Not sure which one this is, looks like dad though with a patch over one eye. 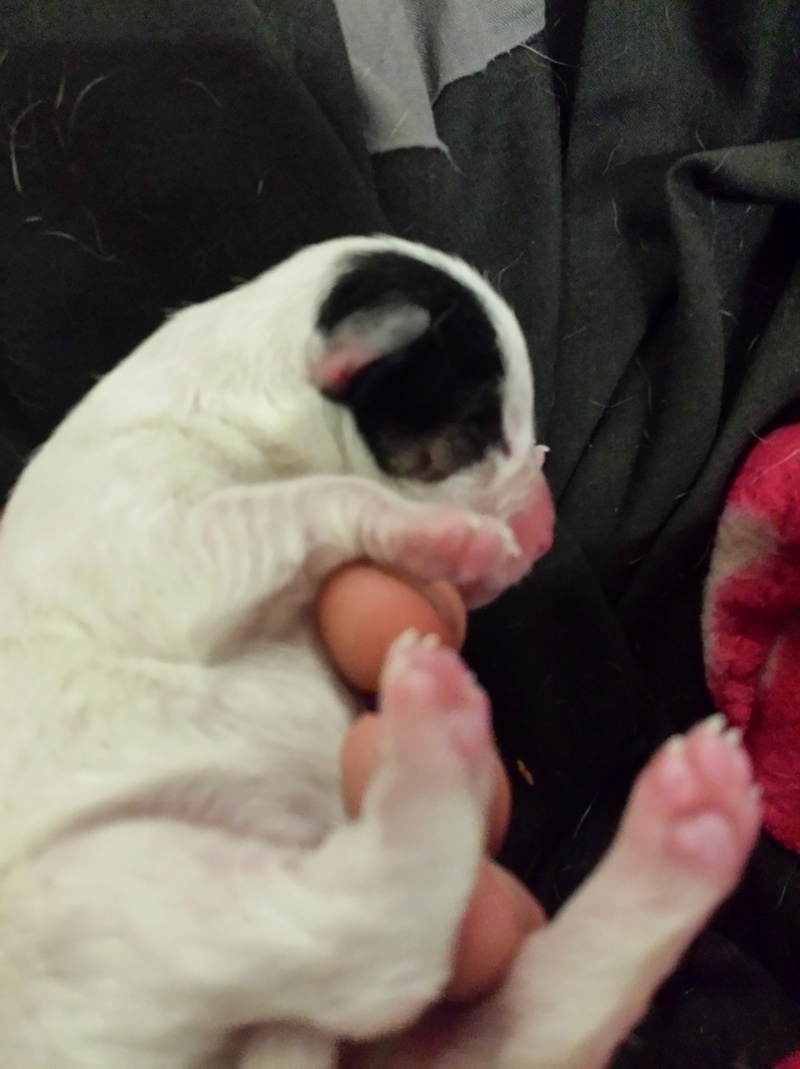 This is the only one with a name. Blanquito. Means little white man in Spanish. 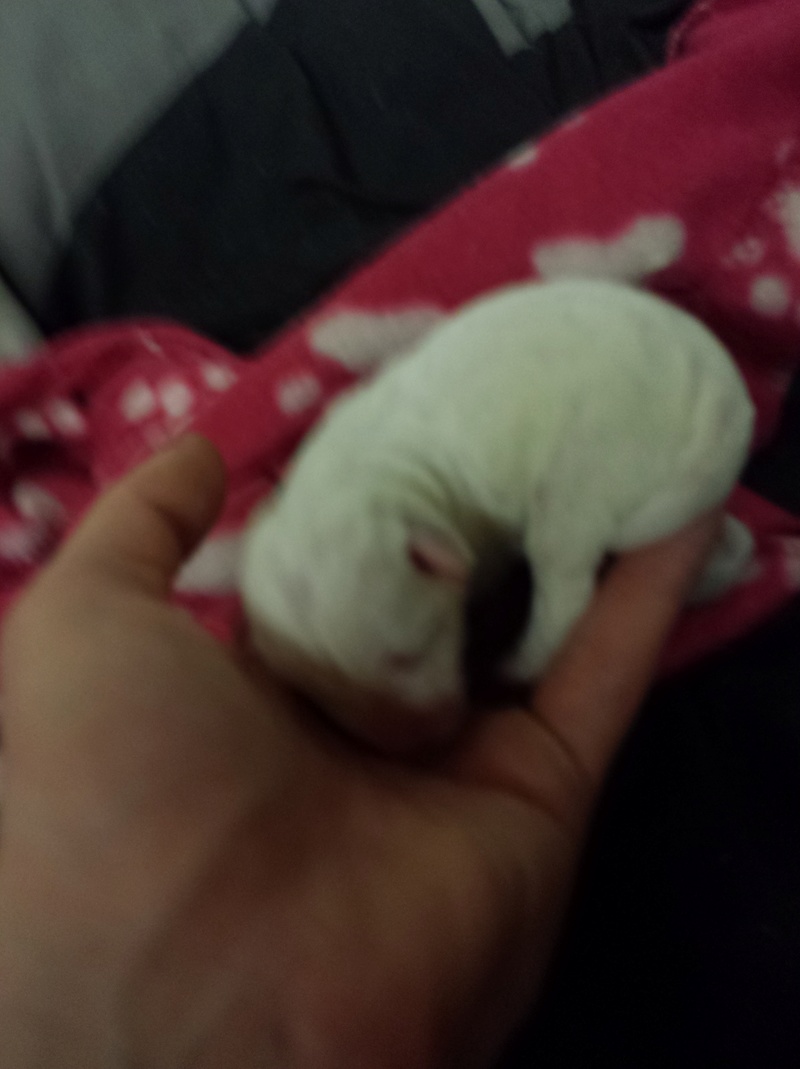 This is one of the girls. 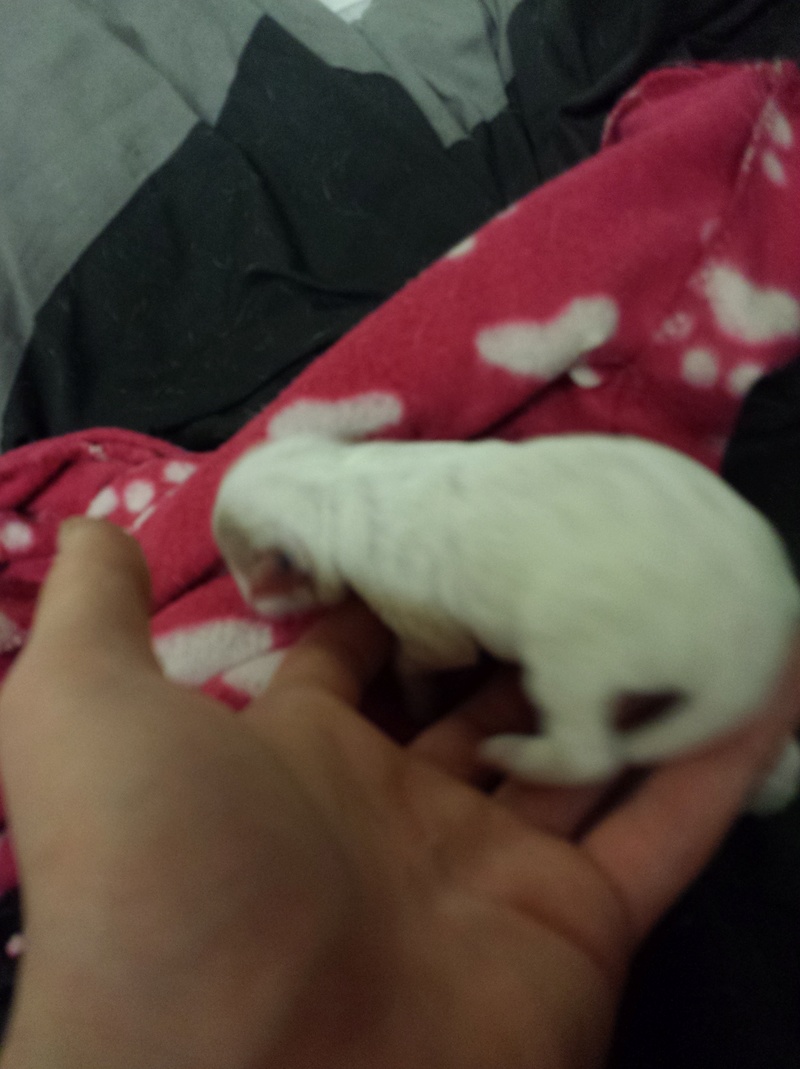 And one of Mum with the brood. Blanquito is poking out from under her bum. The biggest one I call Mr Greedy. He has the most markings and a half black tail. 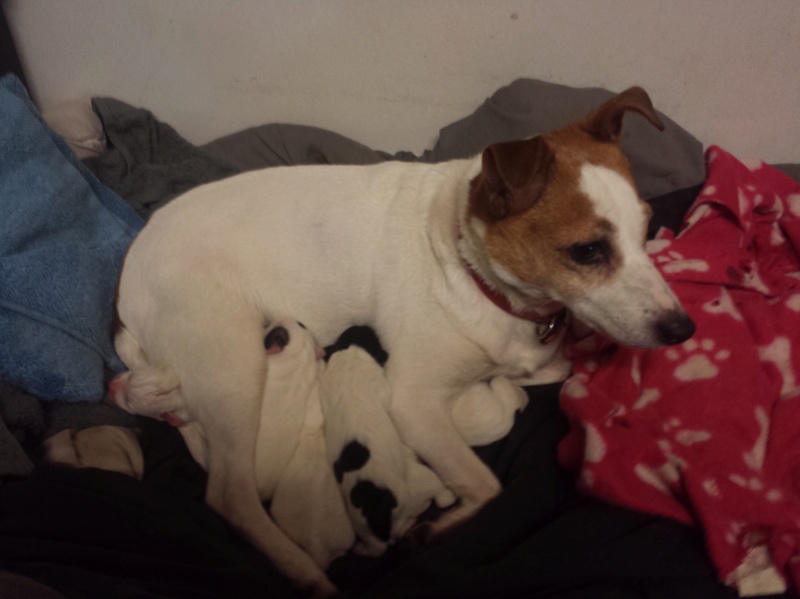 Today I weighed them on Freds skunk scales.

They range from about 188g (Mr Greedy) to 165g, the two girls.
By the way Reg, their Mum doesnt bark at all! Dad does though. Now and again I hear a squeak but its difficult to tell which one it is.

Much as I would like to, I cannot keep them all so if anyone wants one its a reasonable £300 which includes initial jab and microchip etc. Make wonderful companions for our age group,

and cost pennies per week in the dried dog food I feed the parents, 17kg of Wagg about £11 in ASDA. Lasts for months. Training requires little lumps of cheese. Ready first week of June.

They are gorgeous , such a proud Mam aswell x
Mcqueen

Love one but been there,

congratulations . Sorryt do not want a puppy.

Just weighed them again. They have all put on about 30g each in 2 days. Its a bit hit and miss though cos the little buggers wont stay still.

Had a family in who would like one but they are debating about which one to have. All want a different one.......... I could have suggested they take the 4 but I resisted the temptation......

Then in a couple of weeks time it will be buy 1 get 3 free...
3rdforum

Two non dog owners obviously. Pixie only came to us about 9 months ago but she follows me everywhere. Absolute loyalty. And what a wonderfull mother too. Its 3.30am and she is spread out with the pups supping on her tits.

They are currently in a little sort of nest I arranged for them just in front of the radiator in my office. There is a length of old scaffold board to keep them contained but it wont be long before they will escape that! Much fun.

They have finished feeding now and are all asleep in a little bundle. 10 minutes supping, 10 minutes kipping. Its a life!

Scaffold board in the office

I knew it would come in handy one day. My office is the warmest room in the house. When they start peeing they will get relegated to the utility room.

Pup date: All doing well. Expecting some eyes to open soon. My camera packed up so I had a look on tinternet hoping to get some clues. One guy said throw it on the carpet so I did just that and kicked it for good measure. Only started working again.

Take some pics later if I get time.

Couple of pics I took at the weekend when they were 7 days old. 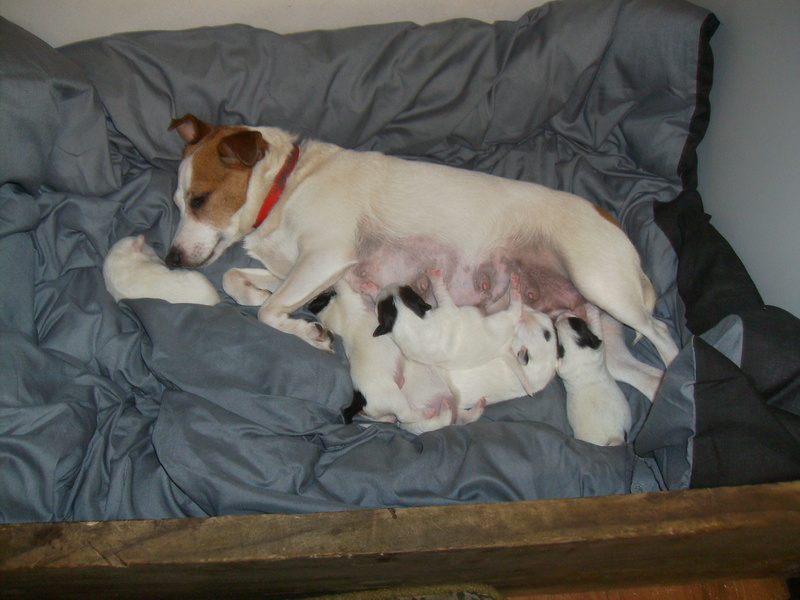 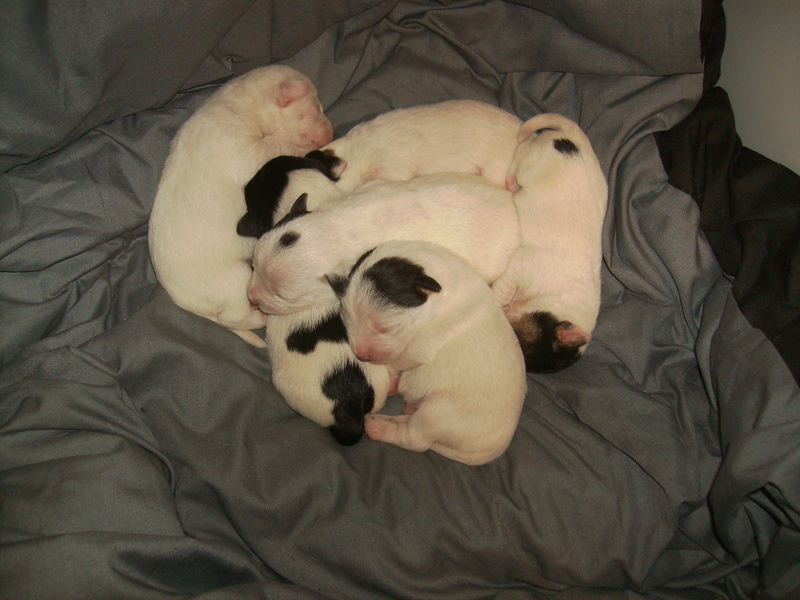 And one I took this evening, they are now 11 days old. Bloody big hamsters. 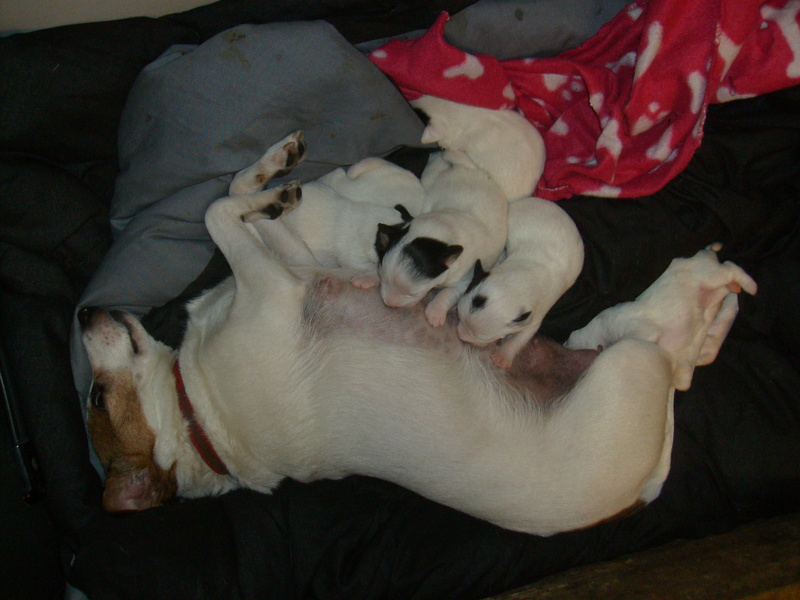 They have their eyes open now. Camera not working again so I have bought a new one off ebay. Pics at the weekend then. Probably be walking by then.