For those that remember Radio Caroline was a pirate radio station which was operated off the UK coast.

They have been going for several year now as a legal internet radio station.

They have been fighting for years to gain a licence to operate on MW and it has now been granted and allocated 648khz on Medium Wave with  1kw power, it used to operate on 10kw and was more powerful than radio Luxemburg, again for those that remember.

So it wont be long now and we will be able to listen to this iconic radio station back on MW just as the way it should be.

Where will they be broadcasting ??

Its Suffolk area but not sure if its from a ship or a building, I would have thought its from a building these days, Ill contact my mate that knows more about it than me

Looks like it is from the ship MV Ross Revenge which  is moored in the River Blackwater how interesting I didnt think they had that ship these days thats brilliant.
Here is the link [You must be registered and logged in to see this link.]

Thanks Daryn.  I should be able to get them in Chelmsford then as the ship is currently moored near Maldon.

Im hoping we will all be able to hear them through the night with short propagation hops, 1kw is alot of power, I talk all over the world on 10 to 100 watts.

Flash player with the old tunes from the 60s and 70s Radio Caroline [You must be registered and logged in to see this link.]

Was that where Tony Blackburn started x
Daryn

I loved radio Luxembourg my favourite back in the 70s. I used to have my little radio and one earpiece in my ear under the sheets, I used to go to school looking like I had a night out on the town lol

208 MW i think, never stayed on channel tho
zdeekie

Yeah I remember them days trying to record the tunes inbetween the banter lol, good times. 208 i was 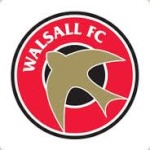 BobMac wrote:Thanks Daryn.  I should be able to get them in Chelmsford then as the ship is currently moored near Maldon.

Got a mate who lives in chelmsford, just opposite the K.F.C and the one stop shop if it's still a one stop?

who gives a feck
marbro8

zdeekie wrote:The good days they were trying to tape the top 20 on a Sunday night without getting the DJs voices in between the records x

great memories. i used to do it on our alba twin tape with a turntable

then we upgraded to an amstrad

who gives a feck
Mcqueen

My skint brother used to come round my house to tape the top 20, he did my head in stop start stop start

Looks like it is from the ship MV Ross Revenge which  is moored in the River Blackwater how interesting I didnt think they had that ship these days thats brilliant.
Here is the link [You must be registered and logged in to see this link.]

Away from the music what about the boat itself:-

I actually worked on some of the Ross boats, seven of their Bird Class trawlers the Ross Mallard, Ross Kestral, Ross Curlew etc, etc, were based at Granton (Edinburgh) where I was employed by British United Trawlers as a shore based engineer, one of the Ross trawlers the Ross Kashmir went on to become Greenpeace's Rainbow Warrier ll after the French blew up the original...