How can May be hard, you can't make a silk purse out of a pigs ear, it's a feckin mess, as said in post 94  above Easyjet have set up a company in Austria and many other company's have said they have similar plans depending on outcome of talks, in the last week Vauxhalls owners the French company Groupe PSA have cut jobs in their UK operation mainly down to a drop in sales but have said clearly they have no intention of investing in their UK plants until they know the outcome of Brexit talks, so if outcome is no good, bye bye Vauxhall, then there's Bombarder issue in Northern Ireland, Bombarder have part sold out the aircraft in question to Airbus with Airbus having the option to buy it out 100%, so it looks like Bombarder are washing their hands of the NI (UK) plant, oh and where's Airbuses head quarters, France...

Yip the European parlement and some of its polices were a mess and needed sorting, but I still think we would have been better in there having a say than on the outside with none...

Yip May will roll over and play ball, she or anyone in her position would have no option if they want to save the economy/jobs,,, but even with a so called Soft Brexit, if I was sitting at the head of the table in a large multinational company I don't think I'd be looking at investing in Britian at the moment...
Perfectspecimen

Well I wanted a hard brexit, give 'em the finger. Shame, we could have got rid of Northern Ireland as well. Just move the border East across the Irish sea. Sorted.

How come you want rid of NI but not Scotland? (Remembering the MSM says we are a drain on the economy). Could it be the rUK couldn't get by without oil revenues? Damn right it is!

I'm all for a hard Brexit though it will be economic suicide for the UK imo.

Perfectspecimen wrote:Well I wanted a hard brexit, give 'em the finger. Shame, we could have got rid of Northern Ireland as well. Just move the border East across the Irish sea. Sorted.

A weird thing will be that majority of the people in the north will be Irish and EU citizens and it is a territory that voted to remain, yet, will continue to drain 10 to 12 billion a year from the treasury. ( It is expected that some Unionists will become Irish citizens to ensure EU rights)

Campbell Brodie wrote:How come you want rid of NI but not Scotland? (Remembering the MSM says we are a drain on the economy). Could it be the rUK couldn't get by without oil revenues? Damn right it is!

But Scotland is joined to England. If the signs werent there you wouldnt know you had crossed a border. Ireland however involves a sea crossing or a flight, different island innit. However Ireland is very much linked to UK. Same language, ish, and we both drive on the wrong side of the road.

As for the oil it is fast becoming a bit obsolete. Yep I still use it for running motors and also my central heating but I heard today London Taxis are starting to go electric. Fed in part by North Sea windfarms. I like the offshore windfarms they are an excellent navigational aid. And everyday when I walk the dog I look at my local ones and I can see what direction the wind is coming from. 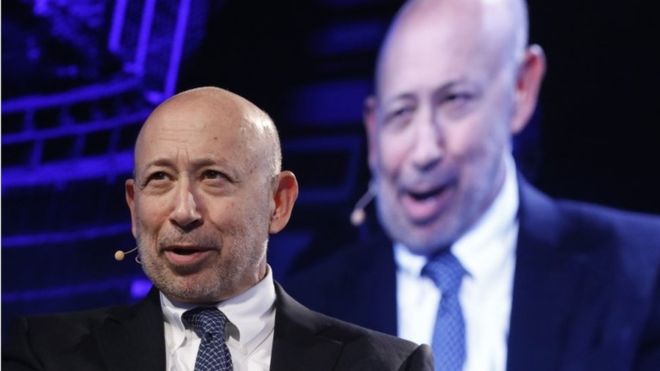 Mmmm....didn't like the outcome so let's see if the consensus is still there. I could say the exact same thing about Indyref2!

Could say, Could say,,, you lot have never feckin stopped...

Never mind brexit I can get free holidays in Scotland now as well as Tenerife. Just need a van full of LIDL cider and that stuff the monks brew. Sorted.

Just watching a recording of Question Time and they're on about it...

Recall reading an article about it some time back and an independent body looked in to the argument being put forward that people suffering from alcohol related illnesses were putting a drain on the NHS/tax services, report concluded that the tax paid on alcohol purchases way outweighed the cost of NHS alcohol related treatment...

And yip no doubt van fulls of cheap stuff will be heading over the boarder...
Campbell Brodie

The price rise goes to the retailers, not the tax man.

Price fixing plain and simple... Few years back one of our suppliers was in financial difficulties and about to go under, to maintain supplie of product they provided we and two other purchasers of their produce went in to a deal with them to keep them and the supply chain operational, as a company we made no profit advantage out of this deal, we were actually cutting in to our profits by paying the supplier more,,, the Office of Fair Trade got involved and all three companies received large fines for so called running a cartel and price fixing yet all we were doing was paying out more to keep the supply of a product essential to our business in supply...
Mcqueen

I'm sick of hearing about it

thought it was just a case of

were out
Adam Mint

Or we could have a vote to join the common market (EU)...
Mcqueen

We could stay in the single market...

I reckon the UK will negotiate a customs agreement that will be more or less the same as the existing one, but its just the name of it will change. That way everyone can save face. That would solve that movement of goods argument.
The movement of people is a whole different ball game. There will be a 500km long border between the EU (Ireland) and the UK ( N.I. ). This has nearly 600 crossing points as far as I know, not to mention walking from one side to a field to another where there is absolutely no sign of any kind of a border. There is no way to police a border so porous ( not should it be policed imo) so at the moment, any EU national is free to travel to E.G. dublin, then hop on a bus ( or even walk) to the border and just walk across. Then, because technically, you are now inside the U.K., there are no checks when travelling from Belfast to GB. The DUP in the north, wont countenance ANY passport controls up there, because that would be admitting that N.I. is somewhat "less" of a part of the UK than England, Scotland or Wales. So, now you are left with 5 options.
1. UK negotiates a deal similar to Norway - not gonna happen because that means UK abiding by EU laws
2. Create a hard border on island of Ireland - can't happen cos that will lead to violence erupting all over again , guaranteed not to mention massive job losses, particularly on the northern side
3. GB cuts NI loose - but even then it will be obliged to continue the 10 - 12 billion subvention each year for at least a decade not to mention the fact that there will probably be a civil war.
4. UK withdraws Article 50 and remains within EU. - This probably won't happen unless a deal can be done to control its own borders, which, lets be honest, is the main reason for Brexit. I would be pretty certain most people would accept this if social welfare benefits were paid at the same rate as in the country of origin. That way, you would only have people there who would contribute to the economy ( this should have been done years ago imo)
5. The nuclear option. Negotiations break down and custom posts on the border in Ireland ( bloodshed to follow) and at every port and airport. Cost of business increases. Exports become dearer so less produce sold. Imports become dearer so luxury items cost more. Now Tories will tell you that this is good for native manufacturing etc. 2 things wrong with this argument. 1. The basic resources to manufacture will have to be imported at a higher price and 2. you will only have UK nationals working in the factories. Now a lot of these voted to leave and they are not going to work for the same wages as e.g. the Latvians so the cost of produce increases, which then drives wage demands, which casues inflation, which decreases the value of sterling, which increases the cost of imports, which increases the cost of manufacturing, which increases wages, which increases inflation ...... get the picture??

There has to be a deal done. It's feckin' armageddon if there isn't.

I've done my tours in NI. Somebody else's turn...

So its like every man for himself and live where it suits you best,
But being serious for 10 seconds its bit of a shambles all round then

That's Conservatives for you. Always have an eye on the easy money but never think things through.

But your grandkids will wonder, "Grandpappy, why did you allow our country to go tits up?" And Grandpappy will reply, "fecked if I know, now here's £200 quid, go and buy yourself a lollipop".

Ah it may be difficult here for a while but going back before some knob got us involved with it things seemed a lot better, We are English and the superior nation, we beat Hitler and the Germans in 1966 too,

A knobhead on twitter is trying to argue with me that Ireland should be backing the UK in Brexit negotiations rather than trying to use it to achieve a united Ireland, and I quote" You should be grateful that you got an 85 billion bailout, 3.25 billion of which was from the UK". I pointed out 3 things to him
1. we didn't look for a bailout
2. if we weren't in the EU we couldn't have got one
3. UK bails out northern Ireland to the tune of 12 billion A YEAR

He then told me that because it is a transfer of money within the UK, that doesn't constitute a bailout. What a feckin' ostrich.